To soul fans, and particularly Soul and Funk Music.com visitors, Alyson Williams is no newcomer. Featured on duets with Def Jam labelmates Tashan, Chuck Stanley and Oran 'Juice' Jones and part of the "Soul Songs" tour in 1987, the soulful lady left an indelible impression on European music lovers through her varying different musical excursions.
Now, you'll be pleased to know, you can get a whole album which features (for the most part) the truly amazing vocal talents of Ms. Williams: her debut LP has finally been released in the States, where only the more discerning record buyers have noted her name hitherto.

Interview with The System

"We try not to be analytical", say David Frank and Mic Murphy, better known as The System. "We reckon all things must be equal and, when our time comes, we'll drink the wine".

With "Love Or Physical", a splendid new album for Capitol Records, that perennial love duo Nick Ashford & Valerie Simpson are definitely back in gear. After a couple of years absence, during which time the couple (who have been married now for over fourteen years) gave birth to a daughter, Asia, Nick and Val are feeling great about their new product, especially since the first single, I'll Be There For You" is giving them one of their biggest U.S. hits in years.

Interview with Charlie Singleton from Cameo

Charlie Singleton has finally stepped out of his Cameo role and become the Modern Man he always wanted to be. As cryptic as that may seem, it is, in fact, pretty much the scenario of the career of the singular Mr. Singleton thus far ? one that took off when he became an integral part of the Cameo set-up at the turn of the decade, registered a false start for his solo career with his debut album for Arista and is now truly a force to be reckoned with as his second album, this time for Epic, begins to bite hard. 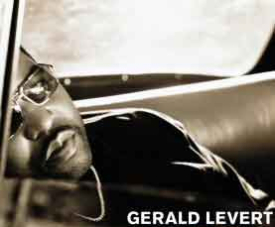 It's already almost a year ago that Gerald Levert died. For me he was the greatest male soul singer, producer of the ninetees till 2006. In the soul and funk music archive I found an interview from B&S with Gerald from 1994.  In that year he released his album Groove on. 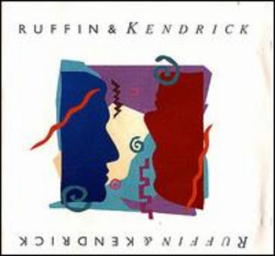 They've been acknowledged as two of the most well-known 'voices' in black music: between them, these men have sung on some of the true classics in popular music ? "My Girl", "Just My Imagination", "I Wish It Would Rain" ? the list is impressive by anyone's standards.
After the reunion tour with their former colleagues, The Temptations, at the start of the Eighties, David Ruffin and Eddie Kendricks (he dropped the 's' a few years back) hooked up with John Oates and Darryl Hall for a special night at the famous Apollo Theatre in New York.

Interview with Freddie Jackson Of 1994 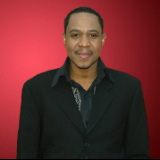 To say Freddie Jackson is at the cross roads of his career would be something of an understatement. As far as cross roads go, Freddie's reached his spaghetti junction    .. . in the rush hour! A slew of silky smooth hits in the eighties, kick started with undoubtedly his best collection to date, the two million selling "Rock Me Tonight" in '85, which of course, contained the monstrous title track along with the likes of "Calling" and "You Are My Lady", has, over the course of nine years and five albums gradually slowed down along with record sales. As the era for the smooth candlelight and champagne crooners in the '80's has given way for the riff happy, baggy jeans, bandana and Timberland hip-hop/soul homies in the '90's, naturally many of the older guard have been left concerned with the change of pace of their careers. 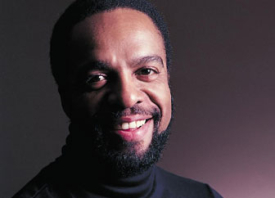 The music we listen to is an ever-changing thing with shifts and moves that can be as logical as they are confusing, but there will always remain throughout the evolution certain constants ? things that will remain familiar and reassuring.

Grover Washington Jnr's music is one of those constants and for well over a decade the great saxophonist has been creating a sound that has transcended fads and fancies and remained simply ... Grover.
Grover is currently plying his music around a good proportion of his country's fifty-two States and it was the morning after one such date in Georgia that we caught up with the Buffalo, New York native to discuss a brand new album for a brand new label.